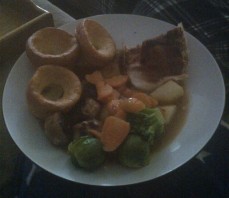 No matter how much you love a country, Dorothy in The Wizard of Oz was right when she said “There’s no place like home”. When you move away, you find new things you love, you make replacements and adjustments. But sometimes, you just want the real thing: a Mars Bar, some Nando’s chicken, your favourite magazine. And, most importantly, real English tea.

Then, there are the things you don’t even realise you like about home, until you’re not there and can’t have them anymore: the smell of going to a petrol station, turning on the radio and actually understanding what the people are talking about.

Here’s a (rather nostalgic) list of those things that, dare I say it, even a bowl of the best Bibimbap in Korea won’t cure. The little things from home that I miss… 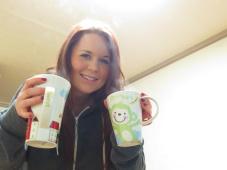 Let’s start with the most important thing, and it’s a pretty predictable one- tea. It’s a mystery to me that even when you buy English Breakfast Tea, it never quite tastes the same as when you’re at home. Why is that? Is it because the milk is different? Well, that leads me onto my next point…

That horrible feeling you get when you go on holiday and the milk just doesn’t quite taste right? Imagine having that every day…do you get used to it? No, not really.

Imagine our delight when we found Tesco Homeplus in Korea: packages that we recognise! Best thing ever.

I never thought of myself as particularly reserved, but it’s fair to say that since being out of England, I’ve probably lived up to the famous stereotype of ‘The Great British Reserve’. I like socialising, sure, but sometimes I miss the English way; polite small-talk is fine with people you’ve just met, thanks! There is definitely such a thing as too much information, as I’ve recently found out…

There’s nothing like a nice orderly queue, whether it’s standing in line at the bank, a supermarket, or to buy food at a football match. It just makes sense.

And also, queue-jumpers definitely deserve to be regarded as the lowest of the low.

Treat snacks from home cannot be beaten and we miss it a lot. And no, Hershey’s is in no way a suitable replacement.

There’s nothing better than a hearty, warming, filling meal. Sunday pub lunches with roast potatoes, gravy, Yorkshire puddings and stuffing. It pretty much cures anything.

What I’d give sometimes for a fish pie with mushy peas, or a good roast chicken with chips. Well, a girl can dream…

Ok, so we all moan about the weather, but you have to admit there’s something comforting about sitting by a roaring fire with the rain pounding down outside.

It’s not great of course when you’re caught in the middle of a rain storm with no umbrella, but still… it’s weird but true that you do end up missing it.

Sheep and Cows In Fields

This one might sound silly, but it’s true that going for drives just isn’t the same without endless fields full of animals.

Believe it or not, the highlight of going to a Beef Festival recently was to see some cows- I was honestly excited by the thought of it… Weird.

Hearing the familiar tunes, recognising the faces and actually understanding what’s on the screen; it’s definitely something you start to miss.

Oh, and don’t underestimate the pride you feel when foreigners tell you how much they love the BBC…

Something that you take for granted- walking into a shop and actually knowing how much something costs, without having to do quick multiplications in your head.

And again, just because nothing says ‘home’ more than a cup of tea, does it? I know what the first thing I do when I get home will be: straight over to the kettle… 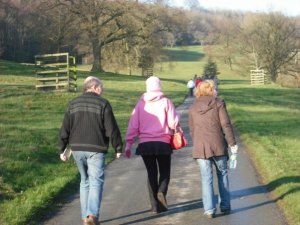 Ok, so it’s fair to say that there are also things which I definitely don’t miss: stupidly expensive transport, self-service machines which never work, having to pay 12% service charge in restaurants even if the service is bad… I could go on. And I know that when I’m back in England I’ll be moaning about the things which I miss from Korea.

I guess the saying in this case is true: ‘The grass is always greener’… in the other country.