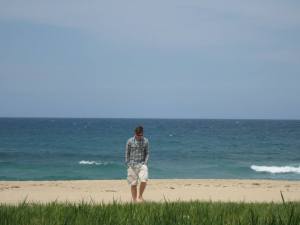 It can be pretty hard to find proper tourist guides for South Korea, especially if you want to look outside of Seoul, and it annoys me. Why? Because there are so many beautiful and interesting places to visit.

We’ve had so many good experiences exploring Korea (not counting the times we’ve gotten lost on local buses and ended up stranded in the middle of nowhere) and found many things which are worthwhile doing, even if they’re not advertised in tourist brochures.

Here is my expat guide to places outside of the capital city, things to do when you want to step out of Seoul.

Ok, so with Chiaksan right on my doorstep (as I live in Wonju) it’s an obvious place for me to visit. But it is definitely worth taking a trip to; the hike is definitely tough though, so be prepared. But the good thing about Chiaksan is that you don’t have to reach the peak to experience the beauty of the place; there are temples, waterfalls, rivers and so much gorgeous greenery before you even reach the incline. We have been a couple of times just to wander around the temple and walk the gentle walk to the main waterfall, which is a great picnic area.

For hikers and nature lovers, this is truly somewhere you should take the time to visit. (Oh, but I’d advise you not to visit Chiak Dreamland which is close by- I’ve heard only negative things about it, so it doesn’t seem worth the time or money). 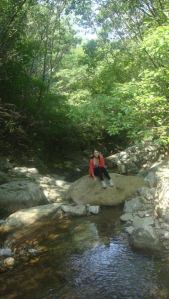 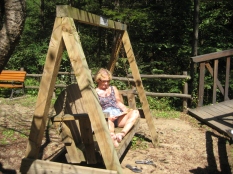 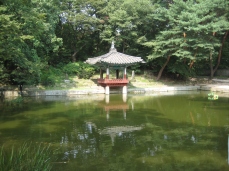 This is another beauty spot right where I live, so I’ve got no excuse not to visit! But if you’re near the Wonju area, Baegunsan Forest is another prime hiking and nature spot definitely worth taking the time to explore. It is less famous than Chiaksan, but the scenery is beautiful and there are so many nice spots to sit and relax, that in my opinion it’s just as worthwhile visiting.

There are a few different hiking options: a longer gentle course and a tougher short route. But the reason I love Baegunsan is the lakes and rocky areas at the bottom of the mountain. You could spend a couple of hours exploring these or having a picnic. If you’re craving serenity, Baegunsan would be an ideal place! 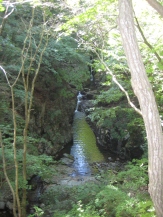 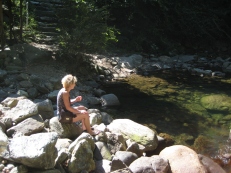 This is the last hiking place, promise.

Again, an area of amazing scenery which is lovely to walk around. The hike is tough, so prepare for a lot of steps, but it’s much shorter than other mountains such as Chiaksan, which makes it much more doable. There is also a cable car you can take to another peak if hiking isn’t your thing!

Sokcho itself is a wonderful area too, with beaches and a fish market (Jungang Market) so it’s a nice place to spend a weekend. 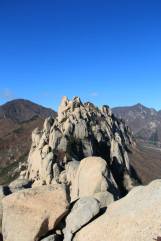 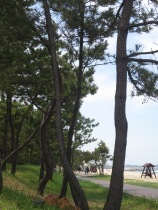 Who doesn’t like the beach? And if you’d rather a less crowded beach than those down in Busan, Gangneung and Gyeongpo Beach is a good alternative. It’s particularly nice because it’s surrounded by trees and it’s also next to Gyeongpo Lake which is pretty and peaceful.

In the area there’s also a sea train and a zip line, if you’re feeling a bit more adventurous. Plenty to do to make for a good day out!

Oh, one thing- check the weather forecast before you go as it tends to be breezier than other areas. One time we went we found this out the hard way, by nearly being blown over the moment we reached the beach- bad times. 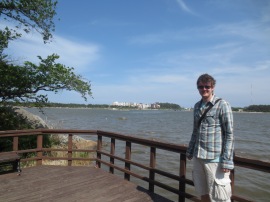 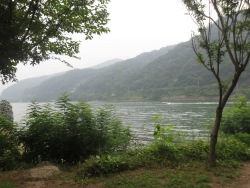 Ok, so yes it’s touristy and yes it’s all artificial and yes it can get very busy. But, that being said, if you want to go somewhere for a nice wander round, maybe a cycle, perhaps a bike ride, and have the chance for a short ferry ride (only 5 minutes), then Nami Island is a nice place for a day out. As long as you’re not expecting it to be the most beautiful place in Korea, you won’t be disappointed.

Take a picnic, visit the ostriches, read a book by the water- it’s a pleasant place, just don’t expect anything wonderful.

For any dakgalbi lovers, this place is perfect. A whole street full of dakgalbi restaurants. It’s pretty delicious! The only problem is choosing which restaurant to go in…

As for Myeongdong Street- it’s a good place to go shopping, but don’t expect it to be as good as Myeongdong in Seoul by any means. There is a large underground market and lots of shops for sure, but it isn’t as good as the real thing.

Still, a large shopping area right next to a whole street of dakgalbi restaurants? It can’t be that bad, can it?!

This area is definitely worth a mention. The Soyang Dam is at the head of the Soyang river and is absolutely huge. But the real attraction is the area over the river; you can take a short ferry over to a beautiful valley where you can walk to the Cheongpyeong Temple, seeing waterfalls, statues, and streams along the way.

If you like hiking then you can also hike around the area instead of taking a ferry over. Whichever way you go, it’s worth it. 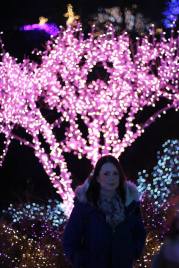 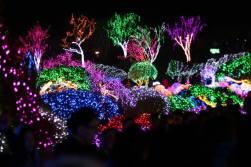 It’s hard to show how spectacular this place was in photos, but it really was amazing and exceeded my expectations. I’ve never been to the Garden Of Morning Calm during the day, but at night, lit up with thousands of lights, it was stunning. You can spend a good couple of hours walking around the gardens, there are even different areas with different ‘themes’, so there’s plenty to look around. There’s also a couple of nice restaurants and a few street-food stalls, so you can make an evening out of it.

One tip- be careful about when you go. We made the mistake of going on the last weekend, which also happened to be White Day and it was absolutely packed- it took over an hour in standstill traffic on a local bus to get there, and the bus going back was delayed for over an hour. Also, taxis refused to go there because it was so busy. Lesson learnt.

Another unique experience which was a lot of fun! The sculptures were pretty incredible, and again, the festival was in such a nice area, surrounded by mountains that it was a pretty place to explore.

The only negative is that it was a lot smaller than expected and we were finished pretty quickly. A lot of the attractions, such as the snow slide and small skating pond were aimed more for children than adults. So I wouldn’t advise anyone to travel for hours to get to the festival, as it might not be worth the journey. 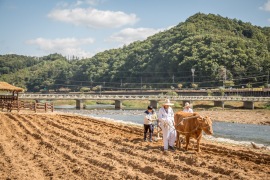 This was a surprisingly good festival, in another beautiful area. The festival was on a river and surrounded by forestry. Even better, there are some hot springs close by which you can visit a the same time.

A highlight for me was seeing all the cattle; it was almost like visiting a farm (smell included, unfortunately). There were tons of stalls selling various food and beauty products, and enough street-food stalls to please any foodie. On top of this there were pop-up restaurants, selling a good selection of delicious foods, including of course the famous Hanu beef.

We did the DMZ tour with the WINK group on Facebook and it was a good choice, the only negative being that we didn’t visit the Panmunjeom area, which was a shame. Instead, we saw the Freedom Bridge, two of the tunnels, an observation desk, and a solider took us on tour of a battle field. So we definitely managed to do a lot of interesting things in one day, and it was well organised.

A surprising highlight of the trip was where we stopped for lunch in Cheolwon; there was a beautiful canyon which we had time to visit, and it was a such a lovely place to stop. This made the trip that bit more special, and I’d definitely recommend it.

This is just a handful of places outside of Seoul, but they alone prove that there are so many wonderful places to visit which aren’t hugely advertised to tourists. If you have any more suggestions of interesting places, please let me know so I can go on some new adventures, and explore Korea some more…

4 thoughts on “Stepping Out Of Seoul”